The Player Pathway (formerly the Single System) provides an environment that helps all junior players realise their potential, whether that means they are the best club player that they can be, seek a lifelong commitment to the game through coaching, or volunteering, or perhaps go on to represent England or Great Britain at junior or senior level.
The Player Pathway is made up of the following tiers:

Holcombe Hockey Club hosts both a Development Centre and Academy Centre. A Development Centre is the first rung on the route to England, a chance to be seen by approved EH qualified coaches, followed by assessment and progression. In addition, these are simply additional playing/coaching sessions, focussing on delivering to three core areas:

These sessions will now be used as a fun way of children getting more good hockey coaching, focusing on the “Golden Thread” approach (see here for more information) – one key output will be to get those children currently not members of a hockey club to join their “local” club, but this is not a mandatory requirement for further progression within the Player Pathway. 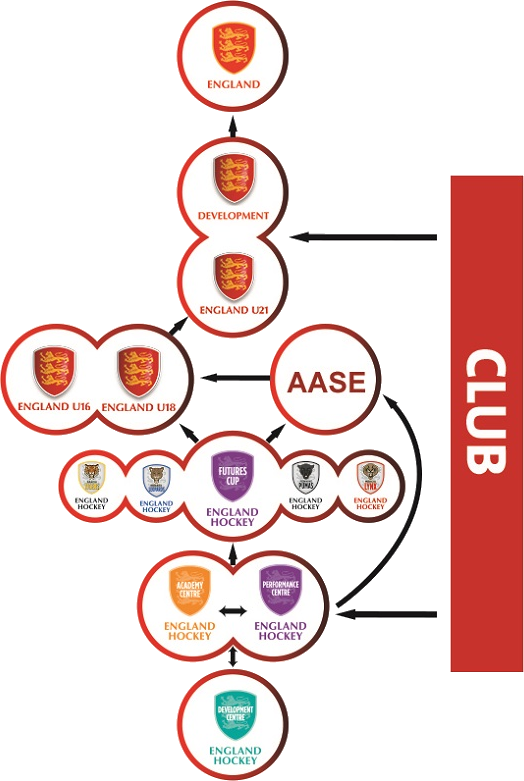 Holcombe Hockey Club is a Medway-based hockey club with 2 pitches & a clubhouse with excellent facilities. We have 5 women’s & 10 men’s teams, with a vast junior section.